Showing posts from October, 2011
Show all

ISWA U: A Free Online Apologetics Curriculum For Woman

October 31, 2011
When I first started blogging three years ago, I had no idea that there were any women involved in apologetics. At the time, the only woman that I learned of was apologist MaryJo Sharp, and I remember her saying that there were very few woman apologists but that the number was slowly beginning to rise.

Well, enter ISWA, The International Society of Women in Apologetics, headed by Sarah Ankenman (The Valley Girl Apologist). ISWA has just released a free online curriculum called ISWA U, in keeping with their mission statement "to train women in the defense of the faith." ISWA U features video and audio lectures by women for women who will learn what they believe and why. Check out the "Media" section to see the topics currently featured in ISWA U.

Additionally, in the interview below, Sarah Ankenman explains the importance of women in apologetics:

Harold Camping and the End of the World

October 20, 2011
Harold Camping is best known for his statement that the world would end May 21, 2011. When that didn't happen, Camping maintained that it would happen October 21, instead... which, if you haven't noticed, is tomorrow! Camping is still maintaining this position; according to a recent message he gave to his followers, he stated in part:
If he had not kept us from knowing everything that we didn't know, we would not have been able to be used of Him to bring about the tremendous event that occurred on May 21 of this year [DCFblog note: Camping believes that on May 21st a "spiritual" rapture did indeed take place], and which probably will be finished out on October 21, that's coming very shortly. That looks like it will be at this point, it looks like it will be the final end of everything.Whereas the true believers will quietly receive the new heaven and the new earth. I really am beginning to think as I restudied these matters that there's going to be no big …
2 comments
Read more

Evidence For the Existence of God: By Dr. Craig 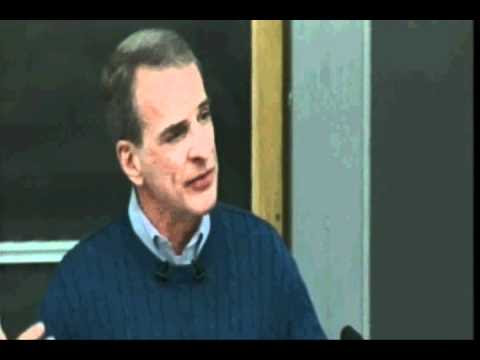 In my last post, I mentioned that Dr. William Lane Craig's talk which took place yesterday at Imperial College, London would be streaming live. For those of you who missed the live event, below is a video of the entire talk "Evidence For the Existence of God" as given by Dr. Craig. Enjoy!

Additionally, bethinking.org has details on all Reasonable Faith tour London debates that Dr. Craig is participating in should you be interested in attending. Go to this page for more information.
1 comment
Read more 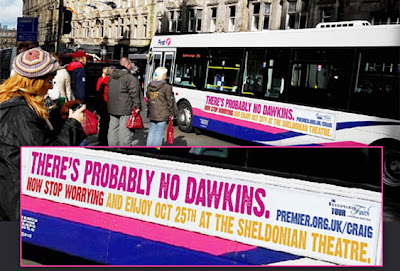 I am so excited to inform you all that one of the London events at which Dr. William Lane Craig will be speaking is going to be streaming LIVE on October 18th! You can click here for details. I would personally like to see a live streaming of the October 25th event (if you don't know why, click here to see some background on Richard Dawkins' refusal to debate Dr. Craig); but I am equally grateful to be able to see this one!

You can see the full line up of atheists Dr.Craig will be debating as well as get additional information about the events by going to The Reasonable Faith Tour page here.

Additionally, in honor of Dr. Craig's London tour, his Reasonable Faith ministry has paid for 30 ads to be placed on buses throughout the UK to publicize the October 25th event.

The add is a play on Richard Dawkins' ad which stated, 'There's Probably No God. Now Stop Worrying And Enjoy Your Life.'  :) An empty chair will be placed on the stage of Sheldonian Theatre in h…
1 comment
Read more
More posts