Book Review: "The Ambition: A Novel" by Lee Strobel

July 28, 2011
When I first heard that Lee Strobel was writing a novel, I was hesitant to read it – not because I doubted Lee’s writing abilities (he is a former journalist and the author of the excellent “Case” series –  i.e. “The Case for Christ,” “The Case for Faith,” etc.) – but because I am not particularly fond of what I call “murder mysteries,” and I try to keep my reading of novels to a minimum. But this book was not what I expected; it was actually better than I anticipated. 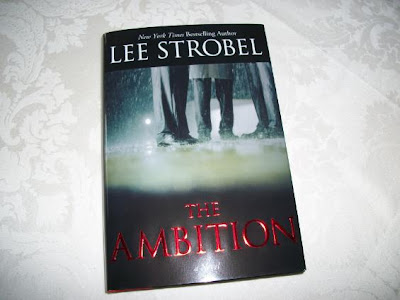 Here is the synopsis of this thriller from the jacket sleeve:
A routine mob hit lights the fuse on an explosive collision of ambition and deception inside the Windy City’s corridors of power. Drawing on his years as a reporter for the Chicago Tribune, bestselling author Lee Strobel reveals an insider’s tale of power, politics, and payoffs as current as today’s headlines.
When a down-on-his-luck lawyer is coerced into bribing a judge to fix an upcoming mob trial, he secretly tapes the exchange to protect himself. After the dirty judge becomes a finalist for an open U.S. Senate seat, the incriminating tape isn’t the only thing standing in his way. Pastor-turned-politician Eric Snow is determined to use his suburban megachurch as a launching pad for securing the Senate appointment. And newspaper reporter Garry Strider threatens to uncover both candidates’ secrets in an investigation that may cost him his life.
Strobel weaves these edgy characters into an intricate thriller set within a gleaming suburban megachurch, a big-city newspaper struggling for survival, and the shadowy corridors of political intrigue. The riveting climax is as unforgettable as the contract killing that punctuates the opening scene.
What I liked most about this novel is that you can tell that Lee is writing based on experience – things he witnessed in his years in journalism (crime, and politics) and his years working at two megachurches. There is even a skeptical reporter who reminded me of Lee Strobel in his search for truth before his conversion.
I also noticed several references to the problem of evil – “Why does God allow pain and suffering?” – and hell – “Do people who don’t agree with Christians go to hell?” And although the book doesn’t necessarily provide solid answers, it at least provides a starting point for further investigation. But the novel is not meant to be an apologetics book per se; it is meant to get people who would never read a Christian book, to read this one. Lee says, "The underlying spiritual themes of the book could provide fodder for some future faith conversations." And I think it does a pretty good job of that – with a hypocritical pastor, a skeptical reporter, and several unexpected twists and turns, I think the novel will make people walk away thinking about Christianity, some perhaps for the first time. I highly recommend this novel and I can’t wait for the sequel.
apologetics Lee Strobel reviews