Showing posts from September, 2011
Show all

Is The Biblical Law Inconsistent?

Saw this over at the Stand To Reason blog and just had to share it. In this video, Brett Kunkle talks about the laws of the Old Testament versus those of the New Testament and explains that the teachings of the Old Testament are not at all inconsistent with Christian beliefs today as some would have us believe. This was a video response to the Backyard Skeptics who tore some pages out of a Bible in an effort to demonstrate that "when given a immoral biblical law, nearly all Christians agree with atheists that the law should not be used in today's society." If you like what you see in this video, be sure to stop by the STR blog for a weekly Challenge and Brett's Challenge Response. Enjoy! 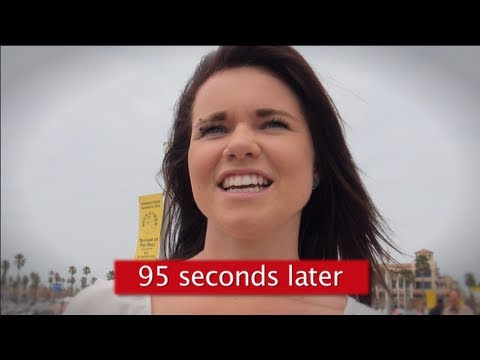 I just finished watching the phenomenal movie 180. The movie, a 33 minute film by Living Waters, shows a series of discussions Ray Comfort conducts with 8 pro-choice people who change their minds about abortion in a matter of seconds! What was it that got them to change their minds? The film releases today, September 26.

My personal opinion of the movie is that it was very hard-hitting, yet compassionate towards pro-choice individuals as it got to the root of the issue -- that abortion and murder are synonymous -- while sharing that there is hope in Christ. Personally, while I thought the film was excellent, even as a staunchly pro-life advocate, I don't necessarily expect all supporters of abortion to change their minds after watching this film, but I do believe it will get them thinking -- which is, in my view, one step in the right direction. I applaud Ray's efforts; this is much needed in our culture today.

If God, Why Evil?

September 10, 2011
September 11th is a day that brings memories of pain and suffering for America. It is during times like this that we often wonder, "Is God really good, and if He is good, why is there evil in the world? Why do bad things happen to good people? Does God even care about suffering?" These questions are all rooted in the problem of evil, and often, atheists will use it to "prove" that there is no God.

So is God good? Let’s begin by examining the Biblical definition of “good”:
So Jesus said to him, 'Why do you call Me good? No one is good but One, that is, God….' (Luke 18:19) You can easily see what this Scripture implies: That no one person is good, except God; He alone is truly good. Since God is good, He cannot do evil; He cannot do anything that contradicts His nature. Therefore, He is not responsible for the evil things that happen in the world. Even Augustine understood that the problem of evil does not lie in God’s goodness, but rather in defining evil…
3 comments
Read more 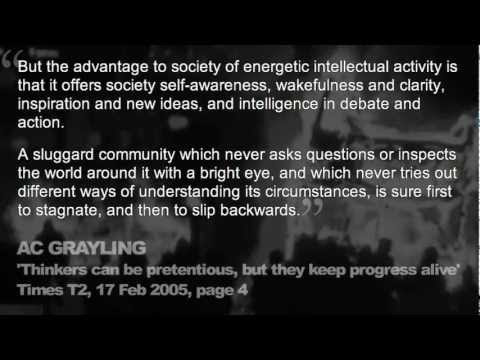 If there is one debate I wish I could travel to see, it would be this one! Several British organizations have been trying to get Professor Richard Dawkins and a few other prominent atheists to debate Dr. Craig... but that has been easier said than done. One atheist, Polly Toynbee who is also the president of the British Humanist Association, was to debate Dr.Craig on October 17th; however, she later declined. Stephen Law will be her replacement. Additionally, it was highly anticipated that atheist professor Richard Dawkins would be debating Dr. Craig on October 25th, but he refused to debate him. An empty chair will be set up on the Sheldonian Theatre stage should Dawkins change his mind; and Craig will speak on the flaws of Dawkins' book The God Delusion if Dawkins doesn't show up. From what I hear, this should be a very interesting series of debates and it is highly anticipated. In this amusing video, watch as atheists from the British Humanist Association "decline"…
4 comments
Read more

Quote of the Week: Richard Wurmbrand On Atheism 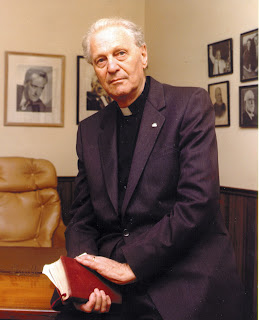 In prison, the political officer asked me harshly, “How long will you continue to keep your stupid religion?” I said to him, “I have seen innumerable atheists regretting on their deathbeds that they have been godless; they called on Christ. Can you imagine that a Christian could regret, when death is near, that he has been a Christian and call on Marx or Lenin to rescue him from his faith?” The officer laughed, “A clever answer.” I continued, “When an engineer has built a bridge, the fact that a cat can pass over the bridge is no proof that the bridge is good. A train must pass over it to prove its strength. The fact that you can be an atheist when everything goes well does not prove the truth of atheism. It does not hold up in moments of great crisis.” I used Lenin’s books to prove to him that, even after becoming prime minister of the Soviet Union, Lenin himself prayed when things went wrong.
~ Richard Wurmbrand, Tortured For Christ
Post a Comment
Read more
More posts